Stop getting ChatGPT and GPT3 confused!

Right. Bullsh*t Man is back. Because this is starting to p*ss me off. Since ChatGPT was launched at the end of November last year, it’s sent the world into a craze. You already know this, but I need to write some kind of introduction to this article, so here it is. 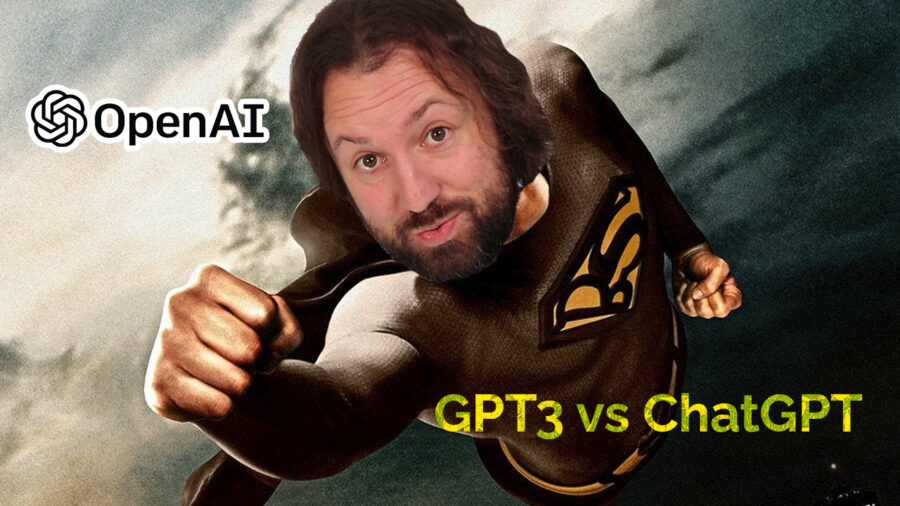 Anyway, we’re now seeing a bunch of ‘ChatGPT’-branded solutions hit the market. From Chrome plugins to search interfaces and more. I’m not going to list them here because…

Anyone who’s using the OpenAI API to build plugins or tools that use Large Language Models to do anything is using GPT3 (or GPT3.5).

ChatGPT is only available (for now) via the browser here.

What’s the difference between ChatGPT and GPT3?

GPT3 stands for Generative Pre-trained Transformer, and is a Large Language Model (LLM) built by Open AI. It was released in June 2020 and can be accessed via an API. In 2022, GPT3 was iterated into GPT3.5, also known as InstructGPT.

Instruct GPT was developed to make the GPT model better at following intructions and completing tasks. It made answers more specific, improved the quality of responses and also introduced quality measures around safety. If you’re using the davinci model from OpenAI’s API, you’re using InstructGPT or GPT3.5.

GPT3 and GPT3.5 have already been used by a bunch of companies to add LLM capability into existing products (VoiceFlow, Algolia for example), and also to create new products entirely (such as AI-assisted writing tools).

But THIS IS NOT CHATGPT.

ChatGPT is a conversational interface that you can access via the browser (not via the OpenAI API, yet) that enables you to have a conversation with it. It still uses the base language model of InstructGPT, but has undergone further training, including RLHF (Reinforcement Learning from Human Feedback).

It then went through a ‘reward’ model training process where multiple responses were generated by the model for a given prompt. Humans then reviewed those responses and ranked them based on the best, most fitting response, to worst. This data was then fed back into the model over multiple iterations to train the model on what a good response looks like.

This process wasn’t just used to improve the accuracy or ‘conversationalness’ of responses. It was also used to train it in producing safer content; blocking racist, sexist or inappropriate responses. According to OpenAI, ChatGPT can: “answer followup questions, admit its mistakes, challenge incorrect premises, and reject inappropriate requests”.

This is why ChatGPT produces better responses (most of the time) than GPT3.5, and that’s what you’re seeing when you interact with ChatGPT.

Why are people confused?

Given that ChatGPT is built on the GPT3.5 model, it’s understandable that people might get confused. However, I also think that some people are misleading you. Because ChatGPT doesn’t have a publicaly available API, most of these applications that are claiming to use ChatGPT are either:

Some of this is disingenuous, misleading and doesn’t do you, OpenAI or the whole AI industry any favours.

No, there is nothing wrong at all with using GPT3.5. There are countless applications that have been built on top of it. It is amazing. But, it is not the same as ChatGPT and you should be transparent about that.

I hope this helps clear things up for people.

Rant over. Bullsh*t Man out.

Why we need a no-code multimodal orchestration tool