Google Assistant passes 1m Actions! Where the F did that come from?

Google announced a whole host of new features for Google Assistant on day 1 of I/O ’19. Also on day 1, quietly, and tucked away on the 9th slide of Niomi Makofsky’s presentation; ‘Intro to Google Assistant: Build your first action‘, was the casual statement: “1M+ Actions”.

AND it’s only been going for three years.

AND that smashes the number Amazon Alexa skills.

AND Alexa had a two year head start.

You’d be right to question how Google has managed to blow the Alexa skill numbers out of the water in such a small period of time. If you’re heavily involved in the voice assistant community, you’ll know how popular Alexa is with developers and how much drive Amazon has behind growing and educating the community.

Although Google Assistant has started to grab its fair share of headline space in the last 12 months, press coverage of Alexa is at worst comparable and, at best, more widespread.

Amazon, having constantly engaged in the community, speaking at countless events, hosting and inspiring any number of hackathons, sponsoring and keynoting conferences and developing a decent online presence have managed to grow the Alexa skill base to 143,145 skills as of Jan ’19. That’s across all locals globally.

So 5 years of hard work has gotten Alexa almost 15% the number of actions that Google has gotten in 3 years.

I’m not an Alexa fan boy. I actually think that the announcements Google made at I/O’19 have put Assistant above Alexa in my estimations.

That said, something doesn’t feel quite right about those numbers.

What does Google class as an action?

I think the ultimate confusion stems from what Google classes as an action vs what Amazon classes as a skill.

It’s helpful to look at Alexa skills first for context.

What is an Alexa skill?

For Alexa, a skill is the capability for the voice assistant to do something such as play music, set reminders or book a train ticket. It’s the equivalent of an app on a smart phone. It’s a purpose built, custom made app that runs on Alexa. It could be first party, built by Amazon, such as setting a timer, or third party, built by a developer, such as an interactive story.

What is a Google Assistant action?

However, if you take a look at the list of available Actions, and scroll through each category, you’ll see that there certainly isn’t 1M+ there.

There’s more to actions than you think

At I/O’19, in the same talk, Niomi Makofsky, Global Product Partnerships, explained the four ways that content creators and developers can craft a presence on Google Assistant. 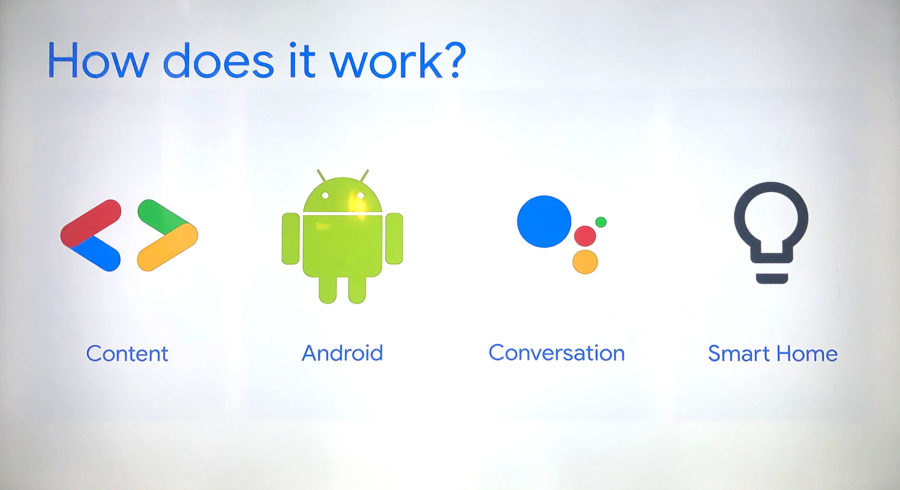 There are four ways to create actions on Google Assistant

In the image above, you’ll see that creating bespoke, hand coded from the ground-up actions; the equivalent of an Alexa skill, is just one of four ways that you can create for Google Assistant.

As well as that, you can:

On top of that, through using schema.org markup on your site, you can have your web content surfaced on Google Assistant.

And it just announced at I/O’19 support for:

Actions are not the same as skills, they’re completely different

Think about that. All of the websites in the world that use schema.org markup are indexed and surfaced on Google Assistant.

Every news site that uses it, every recipe site, every podcast site and, now, every how to and FAQ page across the internet that uses this markup is available for Google Assistant.

Every time you ask Google to play a podcast, that one podcast is one action.

Every time you ask for a recipe, if that recipe is being served via a website through using schema.org markup, then that individual recipe (or website) is also one individual action.

Every news article (or website) surfaced and, now, every how to and FAQ are all individual actions.

Google has incorporated its search capability into actions

And then you’ve got Gmail and Google Calendar and YouTube and the other Google-owned products that will all be counted as actions, too.

Google haven’t confirmed this, but how can this not be the case?

Maybe I’m wrong. This is just my interpretation. I haven’t had this confirmed or denied by Google. But its hard to see how Assistant has hit those numbers in that timeframe without this being the case.

And, if that is the case, then Google have not only weaved the web and search into the core Assistant capability, but they’ve also provided plenty of new ways for creators to build for Google Assistant without having to code a bespoke action.

What’s the difference between a voice assistant and a voice user interface (VUI)?