15 ways conversation designers could use ChatGPT

People from all industries and professions have gotten a hold of ChatGPT and have begun to understand the potential power of NLP technologies. In the field of conversational AI, for obvious reasons, there’s been a LOT of talk about whether a future version of ChatGPT would negate the need for conversation designers.

The reactions from the conversational AI community could broadly be placed into two camps:

There’s no need for either yet. You can keep your underwear on. And it’s right that we should be divided right now, because we really don’t know where this thing will go, how (if) it’ll be used in production enterprise use cases and how it will realistically affect what we do.

But we can speculate, based on what’s in front of us, the ways in which we could use ChatGPT to improve the practice of conversation design and development.

So how might you use it? How can we avoid mindless bots who say the absolutely wrong thing at the wrong time, purely because they weren’t designed properly?

Perhaps we’re about to have another “I got scammed – great!” moment when someone applies this new technology without really considering how it will work in the wild lands of the real world. 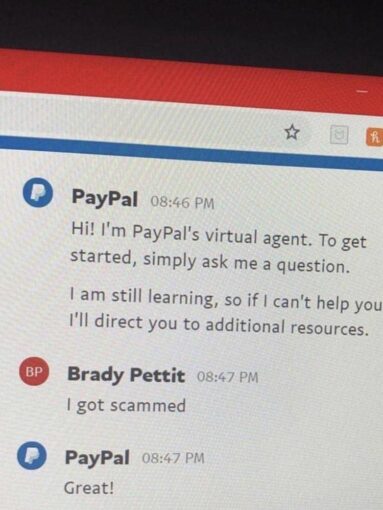 We need to keep our heads (and underwear) on, and think realistically about how we can use this.

Something to note before we get into this list. This list was written 3 days after ChatGPT launched. It’s taken us a little while to get this post out. At the time of writing, the below were simply ideas. Since then, the great team at Voiceflow has actually implemented a number of these things already in its recently announced AI Assist! Kudos to them.

In the future, there’s potential for this thing to be able to do:

Of course, the practical limitations to this today is that LLMs including ChatGPT still have the potential to turn racist and say something that’s abusive or generally not in line with how you’d like to speak with your customers, in spite of more recent restrictions put in place.

But let’s remember – ChatGPT is not available for production use (yet). In order for LLMs to achieve mass adoption they need to become embedded into existing tools before they will be used for any of the above. There’s too much friction today. They need to be part of your workflow and easily accessible and usable, which is why it’s encouraging to see the progress Voiceflow has made in recent weeks.

Where could this lead?

As this ‘mind blowing panel of talented professionals’ says, the future of conversational AI is going to be one where we give specialised services to each and every customer.

ChatGPT allow for that to happen, and when it is production-ready, it should allow teams building conversational AI to spend more time researching user needs and improving the conversational experience to give users what they need.

Each and every one of those customers is unique, and each of them has specific needs when they contact you. ChatGPT may well allow us to dynamically generate the best way to communicate with them depending on their circumstances (while keeping in mind the bot’s designed persona and the brand too).

You could say the tide of our entire industry will rise, and every practitioner will be able to make better experiences for every customer. ChatGPT and other LLMs won’t solve all issues, and they won’t replace conversation designers, but they should allow everyone to do better work.

All of this nudges our industry forwards. Conversation designers may become more curator than creator, leading a small army of bots to ensure that customers get the best service possible, because ChatGPT shows that computers can convincingly create human language.

How to achieve better customer service during seasonal spikes

Open AI vs Google: a headline you’d never have dreamed of