Google Contact Centre AI (CCAI) services are becoming bundled into almost every contact centre you can find. Here’s why that’s a super-smart move from Google. 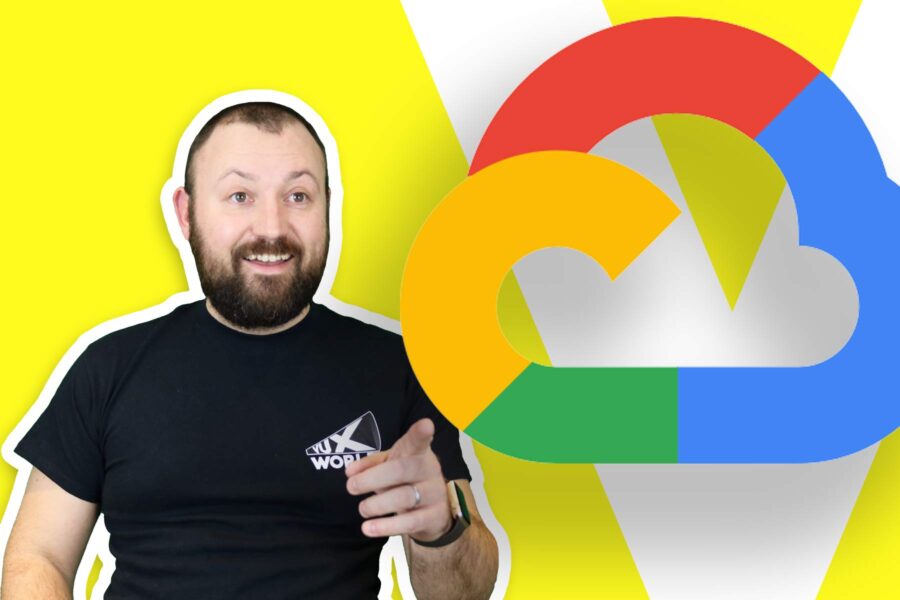 Google is positioning its CCAI services as the go-to solution for conversational automation in the contact centre by establishing a wide range of partnerships with most major contact centre providers.

It’s offering a level of technological sophistication that those vendors can’t offer themselves, and potentially taking some big steps ahead of its equivalents in Amazon AWS and Microsoft Azure.

Let’s unpack why this partnership approach is such a smart move and why it might-well succeed in helping Google become the dominant conversational AI provider for contact centre conversational automation.

One of the main challenges that companies face when trying to automate their contact centre with conversational AI is integrating bots into their phone lines.

How do you take a bot from a framework like Microsoft Bot Framework, IBM Watson, Amazon Lex or Google DialogFlow and integrate it into your contact centre without deep technical expertise? And without significant effort, cost and time?

Do other providers provide easy integration?

Plenty of conversational AI platform providers have avoided directly integrating with contact centres because of the complexity involved.

Every contact centre is different. Integrating conversational AI directly into each one isn’t a straightforward or, more importantly, an easily repeatable process.

You need to create an environment, such as a phone number and phone line, source your ASR (automatic speech recognition) and TTS (text to speech), figure out how to take the voice of a caller, pass it to the ASR, grab the text, then send it to the conversational AI platform provider, who’ll send you back a bunch of text (probably containing SSML markup), for you to send to a TTS system, turn it into audio, retrieve that audio and send it back to the user on the call.

None of this is a small task.

Plus, it’s generally not what conversational AI platforms are there for. They’re there to make your life easier when it comes to designing and developing conversations, not for technical integration professional services.

Getting around integration challenges with call forwarding

But what if you want more control over that call? How will you make sure that calls don’t drop? Why would you want to outsource your call infrastructure that you’ve spent so much time, effort and money putting in place?

AudioCodes is trying to get around this with its VoiceAI Connect product. It provides the ability to integrate (almost) any bot framework into any contact centre.

This is genuinely a great idea, but there’s one issue: cost. You need to pay for the integration work, then there’s ongoing usage cost. And that’s over and above your conversational platform cost and there’s likely a markup on ASR and TTS services.

Now, don’t get me wrong, for some, you’ll absolutely need this and it’ll add real value, but for those just getting started, it adds additional cost that you could avoid, if only you could find a technology provider that was integrated directly into your contact centre already.

What better way to take all of that decision making, angst and cost out of the technology provisioning process than to have a tech stack already integrated in to the contact centre platform you already use?

That’s what Google is doing with CCAI and its integration into an increasing number of contact centre platforms. It’s taking the decision-making around technology selection away. It’s capitalizing on people’s natural inclination to go with the default option. To follow the path of least resistance.

Even for us advising clients on their technology choices. For those just getting started, looking to spin up a proof-of-concept or launch a narrowly-focused bot, why not just use the technology that’s already there?

Then, all you need to do is pay for what you use. No procurement, no licence fees, no professional services. Nothing. Just spin something up and off you go.

The bigger benefits for Google

So what’s the bigger picture benefit for Google? Well, if you’ve used DialogFlow before, and you already have a bot up and running on the platform, where will you turn for your next bot? What about your chatbot? Yep, probably DialogFlow.

Then, what happens when you want to extend your AI capabilities to help your agents handling calls? May as well use Google CCAI. What about when you need computing? When you need analytics? When you need data storage? Well, you now have a Google Cloud Platform account, why not use that?

So this is a bigger play than just getting DialogFlow into your contact centre. It’s wider adoption of DialogFlow, as well as a play for wider Google Cloud service adoption.

What about the contact centre providers themselves, why don’t they just invest in their own technology?

Well, they are. Vonage acquired Over.ai and now has its technology. Five9 acquired Inference so they have something similar. Avaya have a solution and the rest will be working on it, for sure.

But who’s technology would you trust? Google, the 10k-strong army of machine learning and data science experts who run the assistant that sits on your phone, used by 500 millions users every month, or the few clever folks at a startup that was just acquired?

What I am saying is that there may be a level of awareness and trust that Google brings that startups and newly acquired companies don’t.

Even if your contact centre provider does have it’s own technology, and you trust them with your life for handling your contact centre, that doesn’t mean that they are overnight experts in voice and conversational AI. And they’re certainly not experts in how to design effective and successful conversations. They’re all entirely different fields. Fields that the likes of Google has been working in for years.

You’re also likely to save costs here by using Google, too, because Google doesn’t care about charging you a licence fee or for ‘seats’ to access a different module in the system. You can access it, build, test and deploy it entirely for free and only pay for what you use once you’re live.

Also, with omni-channel, joined-up customer experience becoming a priority, brands are looking to build once and deploy everywhere; in IVR, in chatbots, as a voice assistant in their app, on voice assistant platforms and even into messenger apps. It’ll be harder to do that using contact centre-specific systems.

Finally, with partnerships recently announced with the likes of Ujet and others who, realistically, don’t have a chance of building or acquiring a remotely competitive offering, means that they’re likely to evangelise for Google CCAI with their customers, too. And their customers trust them, which is good for Google.

What about Amazon and Microsoft?

So how is Google’s closest competition approaching the contact centre and how do they compare?

Well, Amazon is typically quick out of the gate with this kind of stuff. Alexa was in people’s homes well before Google Assistant. In the race to smart speaker adoption, Google was always a fast follower.

In the contact centre space, Amazon is prioritising its Amazon Connect contact centre service and doing so with great effect, taking aim at the likes of Genesys and others, hoping to take some market share for CCaaS (Contact Centre as a Service).

Amazon is arguably playing a much bigger, much longer game. And although it has a suite of competing contact centre AI products called CCI (Contact Centre Intelligence) that can integrate with a number of other contact centres, Google’s early foot-in-the-door still puts it in the default position in many situations.

Microsoft also has the same technological capability and the fact that most organisations run on Microsoft, and increasingly, Microsoft Teams, shows there’s a big opportunity for it to win significant business on the enterprise-side.

But when you think ‘contact centre’, you rarely think ‘Microsoft’. Even with the recently announced Azure Communication Services, Microsoft has huge potential, but has a lot of ground to make up. Ground that Google is covering at an immense rate.

The power of defaults, partnerships and the path of least resistance

The default position of being integrated directly into most contact centre systems will likely win customers without trying.

Having partnerships with companies like Ujet and others means that trusted contact centre providers will recommend Google CCAI to their customers.

Simple one-click integrations that provide an easy path of least resistance could lower the barrier of entry for new users. And new users could stick around.

And though its closest competition in Amazon and Microsoft have very similar technology offerings, would you really explore them at all given the above?

All of this could culminate to see Google Contact Centre AI dominate call centre automation in the next few years, taking it leaps beyond what Amazon and Microsoft could manage and at a scale beyond what SaaS conversational AI platforms can reach.

And that, is smart.

If you enjoyed this post and you’d like more insights on conversational automation strategy, design, development and analysis, feel free to sign up to our weekly newsletter below.

More from VUX World
LATEST ARTICLES AND PODCASTS
How to achieve better customer service during seasonal spikes
Top 10 conversational AI trends for 2023
Why should you measure bots like humans?
Latest articles and podcasts

With 427 million daily voice searches on mobile, what can you do about it?