Conversation design: towards a single source of truth

It’s funny how we’d always taken conversations for granted until we had to design them. What was once so natural for us – two or more people having a chinwag – becomes a profoundly complex matrix of stakeholders, technology and design documents once those conversations are had with machines.

The conversation a user has with a machine might have been designed years previously. This is a new concept for most people; we’re used to reading texts from centuries before but we’re not used to talking with machines that were designed just a few years before. Slang words evolve, and branded characters occasionally get retired – shouldn’t the conversation design update with these changes? Should conversations with machines feel like entering time capsules in the same way that seeing Sheakespeare plays do?

A wealth of research, design and testing has to go into creating those conversations. This relies on a large team. People will occasionally join or leave the team. So how do they make sure the design is consistent?

In other words; how do they create and maintain a single source of truth?

This is something Lauren Golembiewski and Matt Buck from Voxable discussed when they spoke on the VUX world podcast. 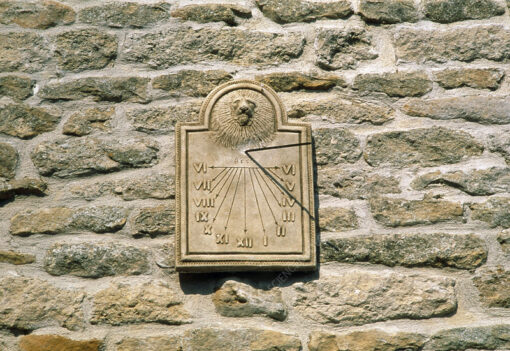 It’s all about agreement. Everybody who creates the conversation – whether they’re writing the code, the copy, the sounds or any other supporting assets and documents – has to be in agreement about what they’re making. If they don’t agree on the design, the bot will be a mess. The character might be inconsistent (telling jokes one minute and being strict the next) or it might offer options to the user that haven’t been written.

But this is an even bigger challenge because we’re in new territory. The conversational design landscape changes often. The devices we design for disappear (RIP Amazon Echo Look 2017). Writing conversationally is a new technique for the multitude of UX designers, tech writers and copywriters who are becoming conversation designers. They may have writing chops, but this is less about perfect grammar and more about speech patterns – something that was never required for someone used to writing user manuals and marketing copy in the past.

What are the best practices with designing for ever-changing AI systems? Where do you learn about best practices (other than listening to VUX World)? The information is out there, but you have to hunt for it.

Design teams are evolving. Whereas once conversational experiences tried to find novel uses for the tech, now the emphasis has (thankfully) moved to creating great experiences. Coders are still in demand but UX designers are being hired in ever greater numbers.

So teams don’t just need to be in agreement on the design they’re making – they also need to have a good overall understanding of the conversational AI ecosystem. They need to stay up to date with best practices and new product features so they can deliver the best experiences possible. They need to have a ‘single source of truth’ attitude towards understanding AI otherwise their team might fragment into clans who disagree on the fundamentals.

It’s not hard to stay up to date but it is very time consuming. Teams who invest in their knowledge become an asset – if an organization loses key players then they lose years of progress. The replacements they hire need to get up to speed quickly.

Here’s how Lauren and Matt approached these problems and what you should do too – start collecting a set of ‘best practice’ documents. Collate everything that looks like it will help, put them all in one place, and slowly your single source of truth will rise from the chaos. Cultivate your own set of standards.

They took this approach to creating Voxable too. Their intention is to have a single tool where UX and code can create conversations together and keep them on the same page – literally and figuratively.

Consolidating knowledge and design documents leads to creating a single source of truth. What’s contained there can be challenged and it can evolve, but the important thing is that everyone agrees what the application is intended to do and how it’s represented.

Listen to Matt Buck and Lauren Golembeiwski of Voxable chat conversation design best practice on the VUX World podcast. Listen on YouTube, Apple podcasts Spotify or wherever you get your podcasts.

The next generation of synthetic human-like voices