Why context is truth in conversational AI

If you want to understand how machines pick apart the things we say to pull relevant data from it then you simply must listen to Raj Tumuluri! Don’t just believe us though – Openstream AI was recognized by Gartner as the sole Visionary in the January 2022 Magic Quadrant for Enterprise Conversational AI Platforms.

No matter whether you’ve been working in this field for years or you’ve just jumped on the conversational train, there’s tons to learn from Raj. He talks about how to train NLP models, how to think about conversations, and also where this industry could be headed in his interview with Kane Simms for VUX World. 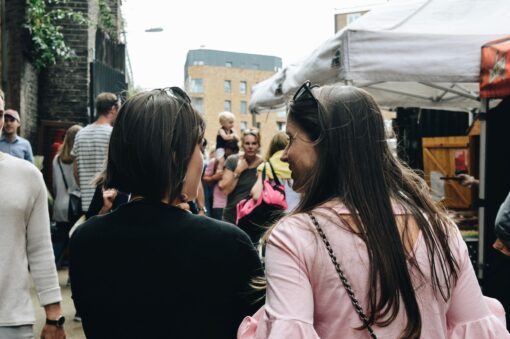 Would we understand a transcript of their chat without knowing the context?

You should listen when one of the world’s experts on conversational AI says you need to think multimodally (using multiple ‘modes’ to communicate a message, such as words, images, haptics etc).

Why does he say this? Well, it’s all about how we naturally communicate. We don’t just use words to express ourselves – the way we modulate our voice to say them (prosody) matters, as well as our facial expressions, as well as our body language, and more. Even silence communicates a message. So, if you focus exclusively on words, then you’re setting yourself up for misunderstandings.

Our conversations are part of an intricate web – our culture, our history, our health, and various other elements create the context of what we’re saying. When we talk with a person or a machine, we rely on that context to infer meaning.

Things often go awry – the person we’re talking to may not know the cultural connotations of what we say for example. Think of the Irish expression “ya eejit”. While the words mean ‘you idiot’, the way they’re said can be meant as a friendly shared joke. While no offence is intended, you could take a lot of offence at being called an idiot if you don’t know Irish culture.

This all matters because it’s a huge mistake to analyse words without their wider context. Emotion alone affects meaning in a big way, even before we consider all the other details.

Raj says, “If you lose the original voice signal, then you lost 50% of your ability to glean anything from it. You got the text, but you don’t know what is the emotion with which somebody said it.”

It’s all about understanding the inferred meaning of what people say, rather than trying to program a system to detect the literal meaning of the words. That’s what Openstream AI are experts at.

Focus micro so your bot becomes useful on a macro scale

All this talk about context might make you think you should create an all-singing and dancing bot that can do everything under the sun. That’s a path to certain failure.

Funnily enough the opposite is true. What you should do is apply a needle-sharp focus to your specific use case. Only then will your bot excel at its goal.

Currently the majority of bots are suited to one set of use cases – responding to general FAQ style questions – but if we want to be able to handle more complex conversations, we need to train very specific language models.

The world will provide the context, you just need to detect it

What Raj alludes to in his interview is a tantalising glimpse of where we’re headed. We’ll have a world of bots that are all specifically tailored to their use case. Depending on the conversation we’re having – and with the ability to infer meaning from context (which Openstream are developing) – we’ll get connected to the best bot for the job.

So, you see it’s not about trying to cover all bases, it’s about covering your base so well that your bot is the first that gets summoned when the time is right. Like the basic premise of a search engine – the top result is the one that should fit the need best.

That’s an incredible future, and it’s one that can only occur if we think more broadly about our understanding of conversations, while also thinking about our bot’s use case with a super-sharp focus. Think multimodally, and you’re on your way to building that future. As Raj says, “there is a 30 to 40% reduction in the processing time for completing any task if you employ multimodal techniques.”

Why you need Botium before you make your bot